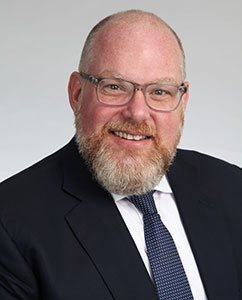 Prior to the establishment of Basalt, Jeff was Investment Director of European Infrastructure at AMP where he was responsible for the origination and execution of infrastructure investments in Europe, focused in particular on utilities and energy transactions, for AMP’s European managed funds. While at AMP, Jeff originated and led the AMP execution team for investments in a major monopoly products distribution and storage network in Spain and managed the execution of AMP’s European portfolio investment in Thames Water, one of the UK’s largest water and wastewater networks. Prior to joining AMP in 2005, Jeff worked for Duke Energy, originating and executing structured energy commodity transactions and for Enron, where he focused on asset development and acquisitions in Europe, South America and the Middle East. Jeff has 23 years of experience, including 20 years’ experience as a principal investor in Europe, the Americas and the Middle East, with experience focused primarily on the energy sector.

Jeff holds a Bachelor of Arts from The American University in Washington, DC.